A stepping stone both literally and figuratively, Bangkok offered a gentle transition from West to East. Moving to Southeast Asia was bound to offer new challenges, though you’ll never know exactly what’s behind door number two until that door is wide open and you’ve hopped in with both feet. Even then, never-ending discoveries make themselves available with every step, twist, and turn. 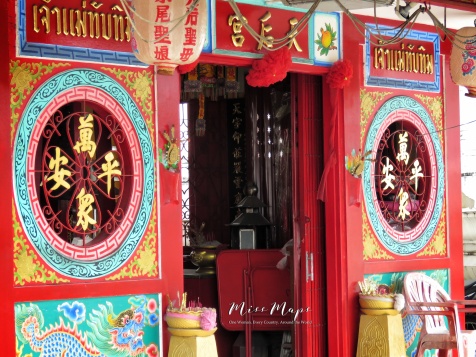 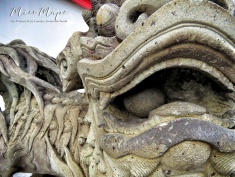 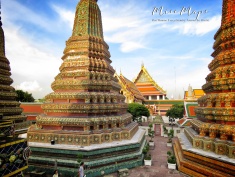 Language
Arriving from France after fourteen months exploring Europe in its entirety, I’d grown familiar with customs and languages throughout the continent. Knowledge of one or more Latin languages as well as the ability to read Cyrillic are exponentially helpful, but when words cannot be used, nothing is more powerful than a swift game of charades. Unlike most countries within the Americas and Europe, the Thai Language (also known as Siamese) is not written in Latin nor Cyrillic, but rather in its own script. Luckily for tourists, Thai signs are typically accompanied by translations written in Latin script. “วัดโพธิ์” hangs on a metal post alongside another “ Wat Pho” so foreigners can effectively find their way around town. Such is the case in several large cities of Southeast Asia, though tourists in search of off-the-beaten destinations may find themselves scrambling to learn local script to survive.

Getting Around
Like many cities of Europe, Bangkok fits perfectly onto a pint-sized map, turning kilometers into millimeters. Whereas I once believed the Eiffel Tower and Notre Dame to be within walking distance of one another and demanded my brother and I make the significant hike on a sun-filled day, I also believed the distance between Bangkok’s Golden Mount and its Grand Palace to be smaller than it is. Of course both navigations are possible on foot but cannot be done without several sideways glances. I arrived at the Grand Palace as the sun was setting on my first day in Bangkok while thinking that everyone I’d encountered had something wrong with their necks. Are you sure you want to walk? one would ask with a leftward tilt, You can take a taxi, or even a bus! another would say with a concerned expression tilted right.
Why walk? those crooked heads called.
Because, I replied while matching their silence, just as in Paris, following the sounds and smells (however rancid they may be) of a city leads to unexpected sites and experiences. In Paris, it could be a man feeding pigeons, a white faced street performer, or a wedding party’s photo shoot. In Bangkok, it may be a woman selling squeaky toys on sticks and a gathering of university students dancing together in a hidden courtyard while displaying Thailand’s traditional fashions. 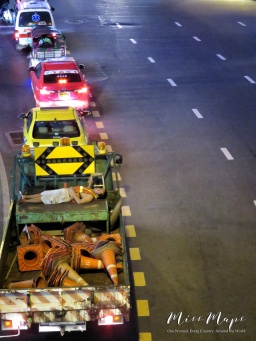 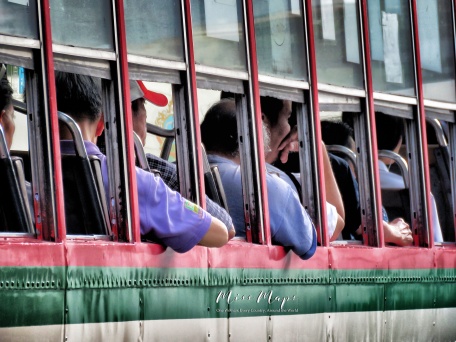 Shopping
The Fashion capital of the world has posh galleries selling Dior and Prada, while Bangkok instead attracts visitors to its night markets selling international-market quality threads. Rather than forking over more than the average Parisian earns in one year on an attractive blouse, it’s possible to buy a week’s worth of outfits in Thailand for less than a shirt at budget-friendly H&M or Zara.

Sleeping
In big city Europe, budget accommodations start at 50euro. A few years ago, my brother and I spent a single night in a fourth floor Parisian hotel forty minutes by bus from the closest tourist attraction. We hiked up the stairs and immediately opened the windows to a nonexistent balcony in order to cool down. Air conditioning was not available. That night, we slept foot to face with towels rolled between us as is tradition when we have only one bed to share between the both of us.  There was no wifi. No breakfast. Not even coffee or tea or a reception area. For that night, we payed 60euro (given, this was then split by two people)

In big city Thailand, budget accommodations start at 4euro. For five days, I shared a room with seven other female travelers. Space was tight as four metal bunkbeds stood along each of four walls of the room. My bed was against a window offering a view to the street three levels lower. Breakfast was available each morning, with unlimited tea and coffee, fruit, and a varying selection of breads, eggs, and traditional Thai Joke โจ๊ก, a thick rice porridge. A personal locker and lock was available for use, as well as kitchen, lounge, and a weekly complimentary dinner. Oh, and fast wifi. Did I mention this was all at 4euro per night?

Eating
Crepes in France, Mussels in Belgium, Borsch in Russia, Vareniki in Ukraine, Cevapcici in Bosnia and Herzegovina, Wurst in Germany, Smorgasbord in Sweden, Bryndzové Halušky in Slovakia. I’d successfully consumed nearly every traditional food I could get my hands on in each country and successfully overcame a battle with food I’d been fighting for over ten years in the process. In Thailand, I had a new battle to win: one with noodles.
Noodles are eaten worldwide, and obviously were found in Europe (Spaghetti in Italy! Of course!). It’s not that I had forgotten how to eat noodles, but before Bangkok I’d never eaten noodles with broth, chilis.. and chopsticks!

Soaking in the glories of a four euro per night dorm with me was a young woman from China. A university student, she’d left during her school’s holiday on her first trip out of the country. She’d told no-one and had no intention to do so after her return. Not even her family. During her final day living a real-life daydream, she and I went to lunch at a traditional Thai shop. The waitress brought out our bowls and my friend picked up two sets of chopsticks. Handing me one, she broke the other in half, separating the sticks. Instinctively, she bent over her bowl and started shoveling.
I held on to both chopsticks comfortably, proud that I knew how to balance the two pieces between three fingers. I began twisting them to pick up the noodles, just as I’d done in Italy with a fork and spaghetti. I’d successfully gathered a news of noodles on the chopsticks and lifted them up toward my mouth. Inches away from their goal, the noodles released and unraveled at a speed too great to stop. Try two. I did the same, this time using a small metal spoon to facilitate. I lifted chopsticks and spoon simultaneously upward and slid the noodles toward anxious tastebuds.
Success!
I glanced up at her, proud of my accomplishment. She took no notice and instead was bent over her own bowl, shoveling the noodles into her mouth. A sort of “shovel, swallow, chew” pattern had developed. Had this been a Parisian cafe, onlookers would have undoubtedly turned away at the sloppy site. Instead, I watched with awe and learned from a professional. I wasn’t in Europe anymore and without sounding like I’m stereotyping : When in Asia, do as the Asians do. With that, I bent over my bowl, squeezed, shoveled, and slurped, paying no mind to others around us. After a fraction of the time it would have taken me to eat ‘properly’, my stomach was full and my bowl, empty. 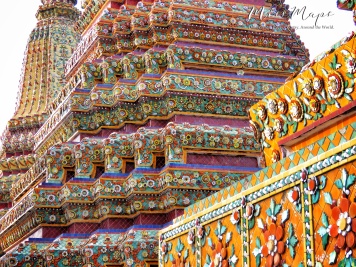 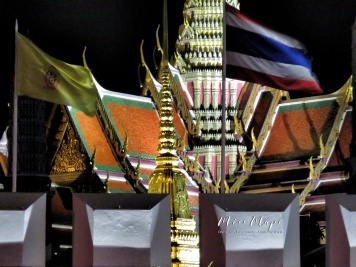 One Small Step for Miss Maps
Before traveling throughout Europe, I’d traveled Nepal and India and lived in the Middle East. Still, as is true no matter when and where a new region is discovered, there were plenty of adjustments to be made. Five days in Bangkok was enough time to introduce me to the ways of Southeast Asia. I’d hopped in and gotten both feet wet. But I had yet to turn corners, encounter slides, hills, twists, or turns.

Five days in Bangkok were only the opening scene to the next act of this majestic adventure.

One thought on “Bangkok Thailand : A Stepping Stone from West to East” 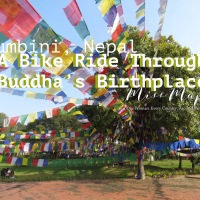 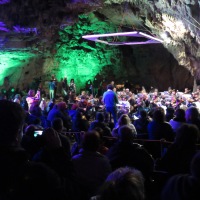 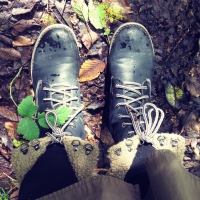 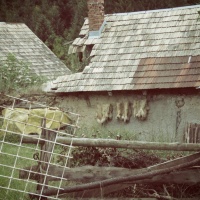 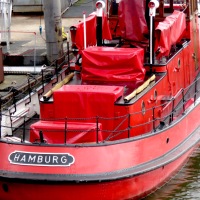 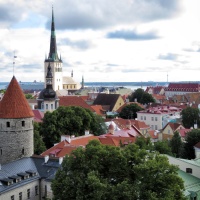 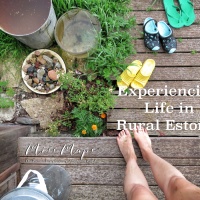 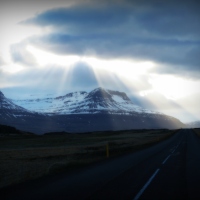